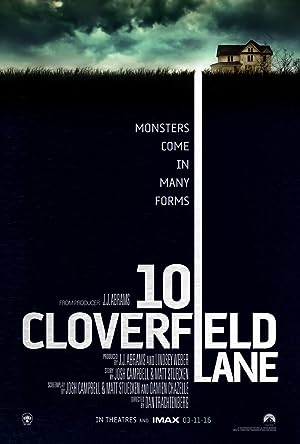 How to Watch 10 Cloverfield Lane 2016 Online in The UK

The cast of 10 Cloverfield Lane

What is 10 Cloverfield Lane about?

After a car accident, Michelle awakens to find herself in a mysterious bunker with two men named Howard and Emmett. Howard offers her a pair of crutches to help her remain mobile with her leg injury sustained from the car crash and tells her to "get good on those" before leaving the bunker. She has been given the information that there has been an alien attack and the outside world is poisoned. However, Howard and Emmett's intentions soon become questionable and Michelle is faced with a question: Is it better in here or out there?

Where to watch 10 Cloverfield Lane