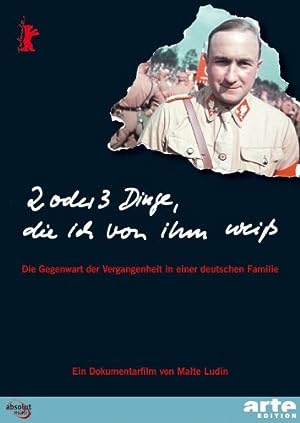 The cast of 2 or 3 Things I Know About Him

What is 2 or 3 Things I Know About Him about?

Family drama and historical truth collide in this film about the painful legacy cast by Hanns Ludin, a prominent Nazi executed for war crimes in 1947. In this documentary, Hanns Ludin's son, filmmaker Malte Ludin, breaks 60 years of silence and repression, investigating his father's dark deeds and interviewing his still-denying sisters. The film is an intimate look at the descendants of a Nazi perpetrator, most of whom refuse to accept the history of their family and of Nazi Germany more generally.

Where to watch 2 or 3 Things I Know About Him