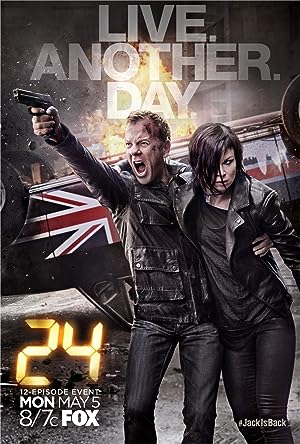 How to Watch 24: Live Another Day Online in The UK

The cast of 24: Live Another Day

What is 24: Live Another Day about?

Four years after the events of Day 8, Jack Bauer remains a federal fugitive. Meanwhile, amid growing concerns over the use of US military drones in combat, President James Heller pays a visit to London to negotiate a treaty to continue their basing on British soil. Having heard rumors of an imminent attack against Heller, Bauer resurfaces in the city, where he is apprehended by the CIA and forcibly recruited into joining their investigation. As forces within the White House conspire against him, Bauer realizes that the complexity of the plot extends beyond a presidential assassination, and that the consequences of a successful attack will alter the course of history. With the help of a disgraced CIA agent and a hacker collective preaching free information, he must confront an unseen enemy whose personal vendetta threatens to push the world to the brink of war.

Where to watch 24: Live Another Day