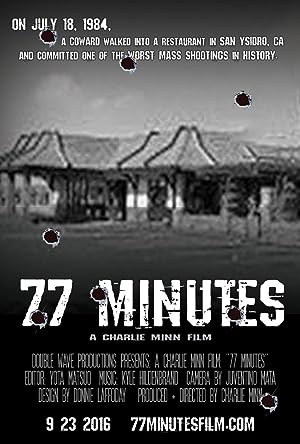 The cast of 77 Minutes

What is 77 Minutes about?

77 Minutes is a documentary by Charlie Minn about the McDonalds Massacre from 1984, when a man walked into a McDonald's restaurant in San Diego armed with guns and shot 40 men, women, and children. It took law enforcement 77 minutes to end the siege. This documentary focuses on the victims of the attack and its effects.

Where to watch 77 Minutes