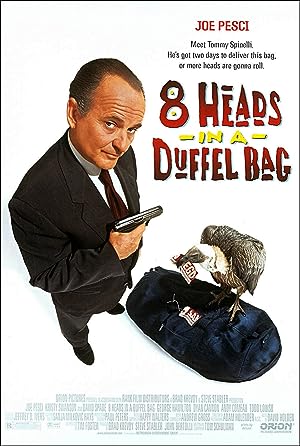 The cast of 8 Heads in a Duffel Bag

What is 8 Heads in a Duffel Bag about?

This is a very black comedy. A mob courier is hired to transport the heads of eight murder victims to a mob boss. However, the duffel bag gets mixed up with the bag of a college student who is off on a vacation in Mexico with his girlfriend and her parents. However, the mother is a recovering alcoholic whom everyone believes is delusional when she claims to have found heads.

Where to watch 8 Heads in a Duffel Bag

8 Heads in a Duffel Bag Trailer

More Adventure movies like 8 Heads in a Duffel Bag

More Adventure tv shows like 8 Heads in a Duffel Bag