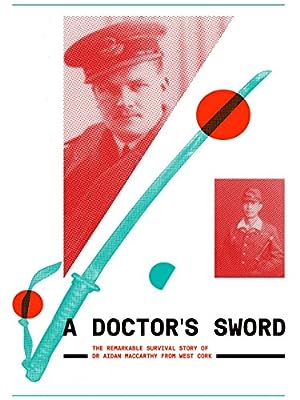 How to Watch A Doctor's Sword 2015 Online in The UK

The cast of A Doctor's Sword

What is A Doctor's Sword about?

A young Irish doctor survived the atomic bomb attack on Nagasaki and was given a Samurai sword for the lives he saved. 70 years later his family searches for the origin of their father's sword. A Doctor's Sword uses animation and an orchestral score to tell the incredible story of how Aidan MacCarthy, a young doctor from a small fishing village on the west of Ireland survived some of the most harrowing episodes of World War II. He joined the RAF as the war began. Soon after he found himself under attack as Germany invaded Northern France and was evacuated from Dunkirk. He was awarded the George's Cross medal for bravery in May 1941 when he rescued the crew of a burning bomber which had crash-landed after returning from a raid. He later volunteered for service in Asia but as Singapore fell to the Japanese he was captured in Java and endured almost 4 years of brutal captivity. During this time he was subjected to starvation, forced labour, beatings and torture. Despite the grim circumstances he managed to use his medical training to save numerous lives by improvising with the limited resources available to him. Dr MacCarthy was working as forced labour in Nagasaki when the atomic bomb was dropped on the city and ironically, the destruction of Nagasaki brought about the beginning of the end of his captivity. Aidan's experiences cast a long shadow over the MacCarthy family throughout his life and almost 20 years after his death his daughter embarks on a journey to Japan to discover the truth behind the origin of the sword. This is a story of survival, forgiveness and humanity of the highest level.

Where to watch A Doctor's Sword