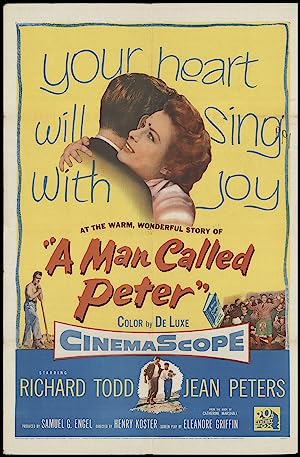 The cast of A Man Called Peter

What is A Man Called Peter about?

Based on the true story of a young Scottish lad, Peter Marshall, who dreams of only going to sea but finds out there is a different future for him when he receives a "calling" from God to be a minister. He leaves Scotland and goes to America where after a few small congregations he lands the position of pastor of the Church of the Presidents in Washington, D.C. and eventually he becomes Chaplain of the U.S. Senate.

Where to watch A Man Called Peter