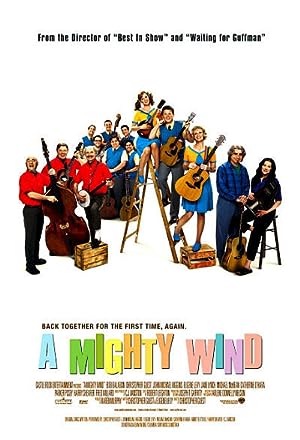 How to Watch A Mighty Wind 2003 Online in The UK

The cast of A Mighty Wind

What is A Mighty Wind about?

When folk icon Irving Steinbloom passed away, he left behind a legacy of music and a family of performers he has shepherded to folk stardom. To celebrate a life spent submerged in folk, Irving's loving son Jonathan has decided to put together a memorial concert featuring some of Steinbloom's best-loved musicians. There's Mitch and Mickey, who were the epitome of young love until their partnership was torn apart by heartbreak; classic troubadours The Folksmen, whose records were endlessly entertaining for anyone able to punch a hole in the center to play them; and The New Main Street Singers, the most meticulously color-coordinated neuftet ever to hit an amusement park. Now for one night only in New York City's Town Hall, these three groups will reunite and gather together to celebrate the music that almost made them famous.

Where to watch A Mighty Wind