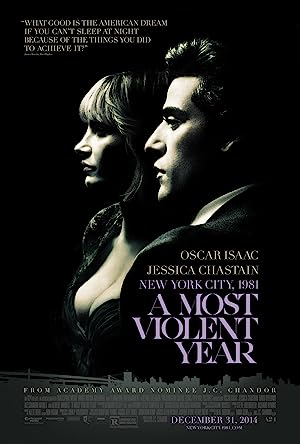 The cast of A Most Violent Year

What is A Most Violent Year about?

A crime drama set in New York City during the winter of 1981, statistically one of the most violent years in the city's history, and centered on the lives of an immigrant and his family trying to expand their business and capitalize on opportunities as the rampant violence, decay, and corruption of the day drag them in and threaten to destroy all they have built.

Where to watch A Most Violent Year

More Action tv shows like A Most Violent Year