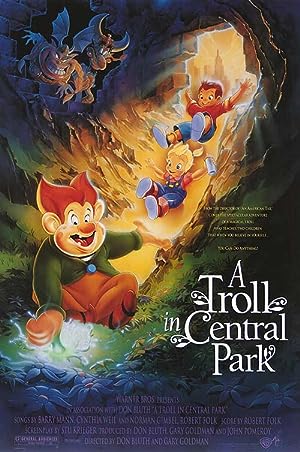 The cast of A Troll in Central Park

What is A Troll in Central Park about?

Stanley is a kindhearted, popular troll who can create flowers with a mere touch. When Gnorga, the mean-spirited Queen of the Kingdom of Trolls discovers Stanley's secret, she banishes him to a faraway place where she assumes nothing green can grow - New York City! Taking refuge in Central Park, Stanley befriends two young children, Gus and his baby sister Rosie. The three share wonderful adventures until Gnorga decides to let her mischief-making magic loose in the Big Apple.

Where to watch A Troll in Central Park

More Adventure movies like A Troll in Central Park

More Adventure tv shows like A Troll in Central Park