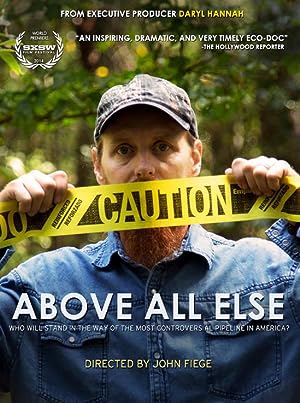 How to Watch Above All Else 2014 Online in The UK

The cast of Above All Else

What is Above All Else about?

One man risks family and future to stop the tar sands of the Keystone XL pipeline from crossing his land. Shot in the forests, pastures, and living rooms of rural East Texas, Above All Else follows David Daniel, a retired high-wire artist, as he rallies neighbors and environmental activists to join him in a final act of brinkmanship: a tree-top blockade of the controversial pipeline. What begins as a stand against corporate bullying becomes a rallying cry for climate protesters nationwide. As in his previous film, Mississippi Chicken, director John Fiege puts a human face on a complex case of social injustice, again capturing the South in its beauty and contradiction and revealing the intimate, often unfathomable, experience of creating social change at the grassroots.

Where to watch Above All Else