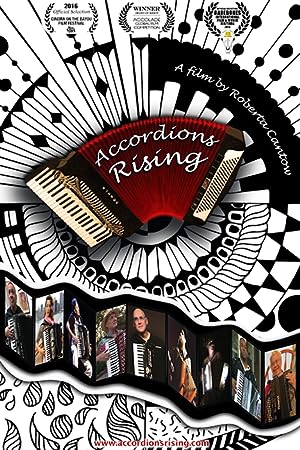 How to Watch Accordions Rising 2015 Online in The UK

The cast of Accordions Rising

What is Accordions Rising about?

Accordions Rising Is a documentary feature film about the resurgence of interest in accordion music over the last 30-40 years. Although many continue to see the accordion as the stodgy instrument of a bygone era - and accordion jokes abound - this film sets the record straight. It is the story of the variety, diversity and extraordinary virtuosity of the instrument and the music that it can make. Touching on its history but focusing on the present, the film offers entertaining and conversational style interviews, anecdotal commentary and both formal and informal music performance examples from celebrated accordionists, composers and bands performing in America today. The film provides a tapestry of fascinating individuals, their attitudes, deep passions, and above of all else, profound dedication to the instrument. Though still a rebellious lot, these mostly New York based music makers have an audience, in some of the hippest hideaways and most sought after mainstream venues. The film makes clear that the so-called "accordion world" is actually a curious continuum that includes everything from wacky and kitsch to sophisticated, serious, meditative and post modern.

Where to watch Accordions Rising