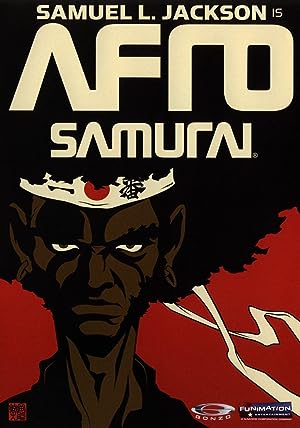 How to Watch Afro Samurai Online in The UK

The cast of Afro Samurai

What is Afro Samurai about?

In a strange world of swords, guns and kimonos, cell phones and cybernetic body parts - a black samurai, Afro Samurai, seeks revenge from a man named Justice who killed his father and also happens to be the #1 fighter in the world. After Afro earns the rank of #2 fighter needed to challenge the #1, he starts his lonely walk to revenge. He faces bounty hunters, bar thugs and fanatical monks - all of whom seem to have clues to the whereabouts of Justice and all of whom covet the position of #2 for themselves. Also along the way we are introduced to Afro's chatty companion - the light hearted Ninja Ninja.

Where to watch Afro Samurai