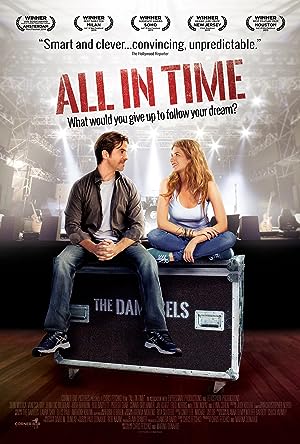 The cast of All in Time

What is All in Time about?

Charlie quits his job in New York to move home to Pennsylvania to manage his favorite hometown rock band, firmly believing the band's glory days are ahead of them. His supportive girlfriend shares his love for the band, but the band's guitarist, who has experienced the harsh reality of the music business, doesn't share Charlie's wide-eyed optimism. His attitude derails Charlie's best efforts to bring the band success and sends Charlie spiraling into an emotional, financial, and romantic tailspin. Charlie hits rock bottom when he loses both the band and his girlfriend, but gets some unexpected help from his elderly neighbor who sets him back on his path. With terrific music from two outstanding Pennsylvania-based musical talents (The Badlees and Laura Shay), All in Time delivers a nice mix of drama, musical performances, and comedy, with a few twists along the way.

Where to watch All in Time