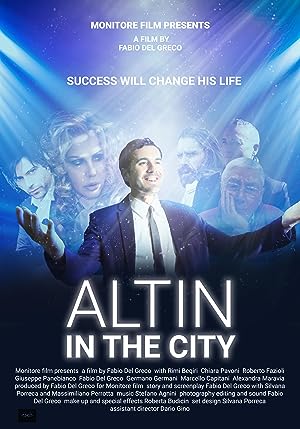 The cast of Altin in the city

What is Altin in the city about?

Altin, aspiring Albanian writer arrived in Italy aboard a large ferry in the 90, works in a butcher shop when he selected to audition for a reality of writers and finally sees a chance to be successful with his book "the journey of Ismail." Instead, this is the time they begin his adventures that lead him to learn about revenge, loneliness and extreme poverty, to the dark side of wealth and success. "Altin in the city" is fourth independent feature film by Fabio Del Greco, italian filmmaker, this film is important to delve into the depths of the human soul in a society dominated by the pursuit of power, the rampant materialism and greed of money. These things are not necessary to achieve individual well-being, happiness and inner balance.

Where to watch Altin in the city

More Drama tv shows like Altin in the city