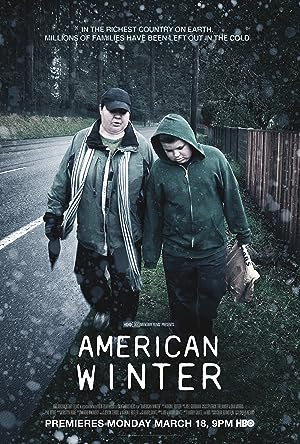 How to Watch American Winter 2013 Online in The UK

The cast of American Winter

What is American Winter about?

Documentary feature film that follows the personal stories of families struggling in the aftermath of the worst economic crisis since the Great Depression. Filmed over the course of one winter in one American city, the film presents an intimate snapshot of the state of the nation's economy as it is playing out in millions of American families, and highlights the human consequences of the decline of the middle class and the fracturing of the American Dream.

Where to watch American Winter