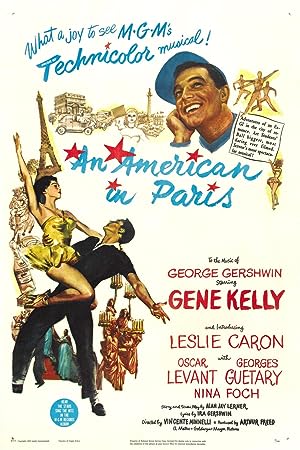 The cast of An American in Paris

What is An American in Paris about?

Jerry Mulligan, a struggling American painter in Paris, is "discovered" by an influential heiress with an interest in more than Jerry's art. Jerry in turn falls for Lise, a young French girl already engaged to a cabaret singer. Jerry jokes, sings and dances with his best friend, an acerbic would-be concert pianist, while romantic complications abound.

Where to watch An American in Paris

More Drama tv shows like An American in Paris