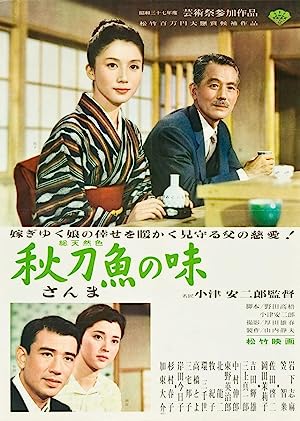 How to Watch An Autumn Afternoon 1962 Online in The UK

The cast of An Autumn Afternoon

What is An Autumn Afternoon about?

In the early 60's in Tokyo, the widower Hirayama is a former captain from the Japanese navy that works as a manager of a factory and lives with his twenty-four year-old daughter Michiko and his son Kazuo in his house. His older son Koichi is married with Akiko that are compulsive consumers and Akiko financially controls their expenses. Hirayama frequently meets his old friends Kawai and Professor Horie, who is married with a younger wife, to drink in a bar. When their school teacher Sakuma comes to a reunion of Hirayama with old school mates, they learn that the old man lives with his daughter that stayed single to take care of him. Michiko lives a happy life with her father and her brother, but Hirayama feels that it is time to let her go and tries to arrange a marriage for her.

Where to watch An Autumn Afternoon