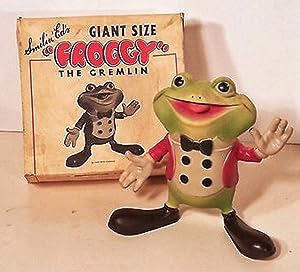 How to Watch Andy's Gang Online in The UK

The cast of Andy's Gang

What is Andy's Gang about?

A TV Show where Andy, with a studio audience full of loud screaming kids, would show movies. At the opening of the show he had a puppet friend called "Froggy". To get the frog to appear Andy and the audience would have to scream "Plunk your Magic Twanger, Froggy". There would then be a big puff of smoke and the frog would appear.

Where to watch Andy's Gang