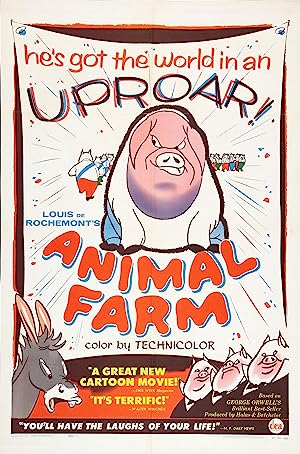 How to Watch Animal Farm 1954 Online in The UK

The cast of Animal Farm

What is Animal Farm about?

Britain's second animated feature, which, despite the title and Disney-esque animal animation, is in fact a no-holds-barred adaptation of George Orwell's classic satire on Stalinism, with the animals taking over their farm by means of a revolutionary coup, but then discovering that although all animals are supposed to be equal, some are more equal than others...

Where to watch Animal Farm