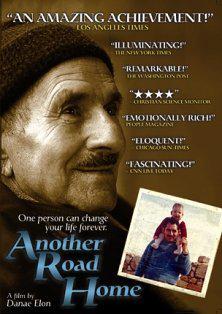 How to Watch Another Road Home 2004 Online in The UK

The cast of Another Road Home

What is Another Road Home about?

Shortly after the Six-Day War in 1967, Danae Elon's highly educated parents, noted Israeli author Amos Elon, and former correspondent and literary agent Beth Elon, hired a Palestinian man named Musa, the father of eleven children, to take care of their six month old daughter on a daily basis. It was a job he would continue for the next twenty years until she was grown and he was able to save enough money to send all eight of his sons to America for education and career opportunities. The last time Danae saw Musa, in 1991, he proudly showed her the house he constructed in the Palestinian village of Battir. Then, against the mounting tensions of the Israeli occupation and the Palestinian Intifada, the two families lost track of each other. During that time Danae began to realize how much of an influence Musa had on her life and sought to reconnect with him. Her quest led her from her home in New York to Paterson, New Jersey, then to Battir in the occupied territories, and back to her birthplace in Jerusalem. As they carefully break the silence, the encounters between Danae and Musa's sons, and eventually Musa himself, bring to the surface an emotionally complex story that is ultimately heartwarming and optimistic.

Where to watch Another Road Home