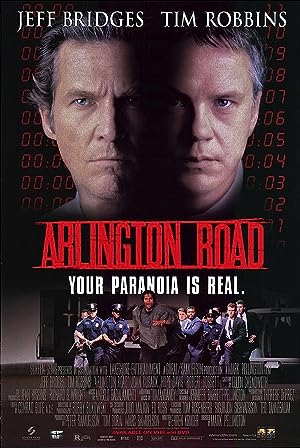 How to Watch Arlington Road 1999 Online in The UK

The cast of Arlington Road

What is Arlington Road about?

In suburban Reston, Virginia, George Washington University American History professor Michael Faraday is still mourning the death of his wife, FBI agent Leah Faraday, after three years. His inside knowledge of the agency colors what he teaches in his classes. Although on good terms with Leah's ex-partner, Whit Carver, and the agency in general, Michael wants the agency at least to acknowledge their responsibility in her death in the line of duty. Michael is moving on with his personal life, he being in a serious relationship with his former teaching assistant Brooke Wolfe. Although he likes Brooke, Michael and Leah's nine year old son, Grant Faraday, may not yet be quite ready for Brooke to be a permanent part of their lives. It is only in helping adolescent Brady Lang who he sees in medical distress that Michael meets his new neighbors, Oliver and Cheryl Lang, Brady's parents. In the process, Michael and Brooke becomes friends with the Langs, as Grant and Brady become friends. However, the more time that he spends with them and catches discrepancies in their stories, Michael becomes suspicious that the Langs may not be everything they appear on the surface. As such, Michael, against Brooke's concerns of invasion of the Lang's privacy, begins his own investigation of Oliver in particular. What Michael discovers has serious national security implications, as well as possible life threatening dangers to him, Brooke and Grant.

Where to watch Arlington Road