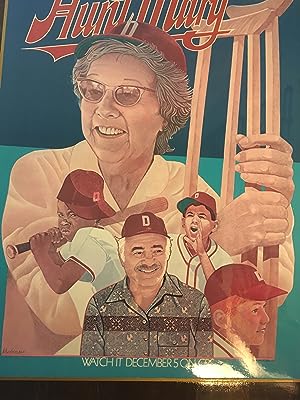 How to Watch Aunt Mary 1979 Online in The UK

The cast of Aunt Mary

What is Aunt Mary about?

The story is told over a couple of years of a disabled woman living in Baltimore, MD. The story opens in 1954 when the St. Louis Browns relocate to become the Orioles. Mary Dobkin sets up a baseball team of street kids to save them from juvenile delinquency. Because the team includes black and white kids she struggles with some of the authorities. After losing part of a foot before the movie takes place, she has half of her other leg amputated and believes she will be unable to coach for the 1955 season. She receives encouragement from a young boy who has his entire arm amputated at the same time in the same hospital. He learns to play, on her team with one arm. In the end, she takes on a girl for the outfield. A field is dedicated to her in Baltimore for the hundreds of children she coached.

Where to watch Aunt Mary