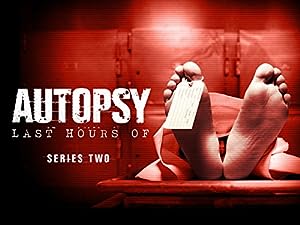 How to Watch Autopsy: The Last Hours of Online in The UK

The cast of Autopsy: The Last Hours of

What is Autopsy: The Last Hours of about?

Richard. P. Shepherd reads out bits of Whitney Houston - Micheal Jackson - Karen Carpenter - Anna Nicole Smith and more autopsy which tells you not just the time and days leading up to their death but how they lived there life.

Where to watch Autopsy: The Last Hours of

More Biography movies like Autopsy: The Last Hours of

More Biography tv shows like Autopsy: The Last Hours of