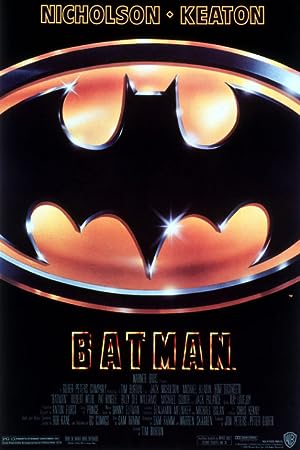 How to Watch Batman 1989 Online in The UK

The cast of Batman

What is Batman about?

Gotham City. Crime boss Carl Grissom (Jack Palance) effectively runs the town but there's a new crime fighter in town - Batman (Michael Keaton). Grissom's right-hand man is Jack Napier (Jack Nicholson), a brutal man who is not entirely sane... After falling out between the two Grissom has Napier set up with the Police and Napier falls to his apparent death in a vat of chemicals. However, he soon reappears as The Joker and starts a reign of terror in Gotham City. Meanwhile, reporter Vicki Vale (Kim Basinger) is in the city to do an article on Batman. She soon starts a relationship with Batman's everyday persona, billionaire Bruce Wayne.

Where to watch Batman