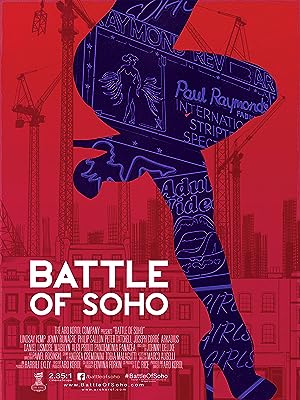 How to Watch Battle of Soho 2017 Online in The UK

The cast of Battle of Soho

What is Battle of Soho about?

In November 2014 the Iconic club Madame Jojos closed its doors. This event being interpreted by many as the death knell of Soho.The gentrification of Soho affects the LGBT community and its Drag Queen sub-culture, but the cabaret atmosphere of the entire neighborhood in enormous ways. This active pursuit to destroy a bubbling and vibrant part of the city's heart is viewed by many as an atrocity akin to turning the lights off on Broadway. Over 3rd of London's music venues have been closed in recent years and no one noticed. An active movement to bring a halt to this disaster has begun to unfold with one organization after another emerging to fight for Soho. Organizations made up of citizens and celebrities have sprung up to combat this onslaught. Will they win this battle and save Soho?

Where to watch Battle of Soho