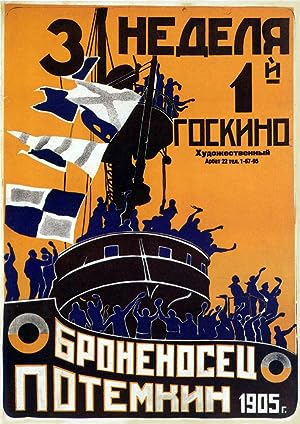 How to Watch Battleship Potemkin 1925 Online in The UK

The cast of Battleship Potemkin

What is Battleship Potemkin about?

Based on the historical events the movie tells the story of a riot at the battleship Potemkin. What started as a protest strike when the crew was given rotten meat for dinner ended in a riot. The sailors raised the red flag and tried to ignite the revolution in their home port Odessa.

Where to watch Battleship Potemkin