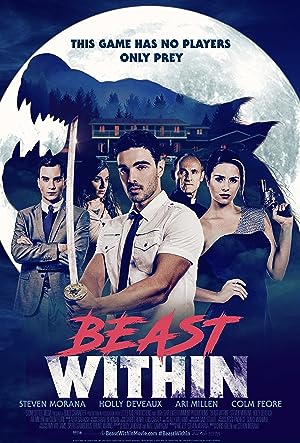 How to Watch Beast Within 2019 Online in The UK

The cast of Beast Within

What is Beast Within about?

A lavish launch party for a new gaming app "Werewolves Awaken" has all the media bigwigs in attendance. The young lead developer, August, is promoted as the star talent driving the game's launch. The festivities are interrupted by a priest who condemns the party guests as "marked for the beast." Convinced it's a publicity stunt, the party-goers disregard the protest until a dead body is found.

Where to watch Beast Within