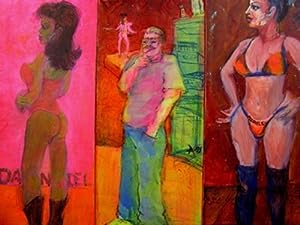 How to Watch Begging Naked 2007 Online in The UK

The cast of Begging Naked

What is Begging Naked about?

"Begging Naked" began in 1996. My friend Elise asked me to video tape her stories of being a teen runaway and prostitute. She knew she'd never write her autobiography and I was just learning how to use a video camera. When Elise decided to go back into stripping at age 30, the story went on an unpredictable course. Over the next 7 years, Mayor Guiliani wiped out the sex businesses on 42nd Street leaving Elise unemployed. Elise began to spiral mentally out of control, stopped paying rent and was eventually evicted. She now lives in Central Park. All of these events have been documented in "Begging Naked". The events in Elise's life have dictated the 9 years of production.

Where to watch Begging Naked