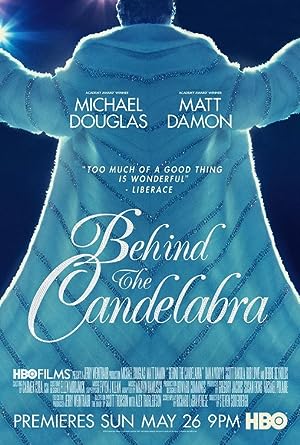 How to Watch Behind The Candelabra 2013 Online in The UK

The cast of Behind The Candelabra

What is Behind The Candelabra about?

Scott Thorson, a young bisexual man raised in foster homes, is introduced to flamboyant entertainment giant Liberace and quickly finds himself in a romantic relationship with the legendary pianist. Swaddled in wealth and excess, Scott and Liberace have a long affair, one that eventually Scott begins to find suffocating. Kept away from the outside world by the flashily effeminate yet deeply closeted Liberace, and submitting to extreme makeovers and even plastic surgery at the behest of his lover, Scott eventually rebels. When Liberace finds himself a new lover, Scott is tossed on the street. He then seeks legal redress for what he feels he has lost. But throughout, the bond between the young man and the star never completely tears.

Where to watch Behind The Candelabra