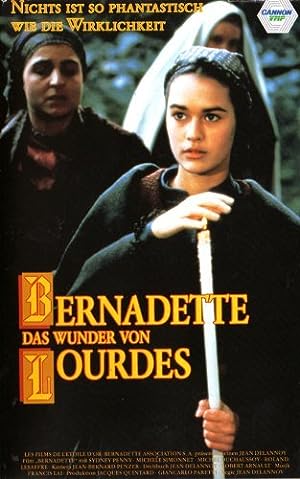 How to Watch Bernadette 1988 Online in The UK

The cast of Bernadette

What is Bernadette about?

In 1857, an unemployed miller moves his family into grim lodgings; his wife takes in laundry. In February of 1858, at the Massabielle grotto, their 14-year old asthmatic, illiterate daughter, Bernadette, sees a light she later distinguishes as a beautiful young woman. The girl converses with the woman over the next few months. Crowds follow her and people are cured by the waters from a spring Bernadette has cleared. Secular authorities are threatened by the popular gatherings and subject the girl to police inquiry and medical review. The local monsignor is also skeptical, then becomes Bernadette's champion. She maintains her forthright simplicity and untutored wisdom throughout.

Where to watch Bernadette