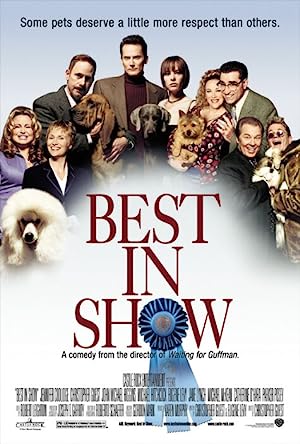 How to Watch Best in Show 2000 Online in The UK

The cast of Best in Show

What is Best in Show about?

The owners (and handlers) of five show dogs head for the Mayflower Kennel Club Dog Show. A film crew interviews them as they prepare for the trip, arrive at Philly's Taft Hotel, and compete. From Florida come the Flecks: she keeps running into old lovers. A wordless ancient in a wheelchair and his buxom trophy wife who may have a thing for the dog's handler own the two-time defending best in show, a poodle. From the piney woods of N.C. comes a fella who wants to be a ventriloquist. High-strung DINKs feud loudly in front of their Weimaraner. Two outré gay men from Tribeca round out the profiled owners. The dog show brings out the essence of the humans. Who will be best in show?

Where to watch Best in Show