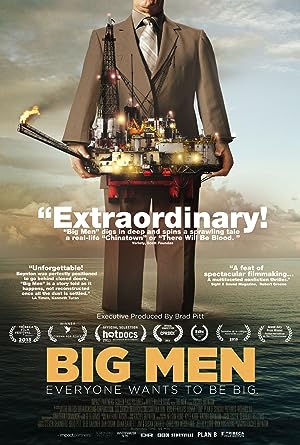 The cast of Big Men

What is Big Men about?

The film's central story follows a small group of American explorers at Dallas-based oil company Kosmos Energy. Between 2007 and 2011, with unprecedented, independent access, Big Men's two-person crew filmed inside the oil company as Kosmos and its partners discovered and developed the first commercial oil field in Ghana's history. Simultaneously the crew filmed in the swamps of Nigeria's Niger Delta, following the exploits of a militant gang to reveal another side of the economy of oil: people trying to profit in any way possible, because they've given up on waiting for the money to trickle down. So what happens when a group of hungry people discover a massive and exquisitely rare pot of gold in one of the poorest places on earth?

Where to watch Big Men