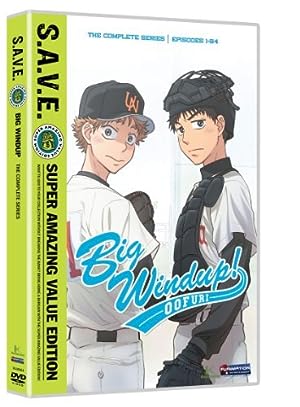 How to Watch Big Windup! Online in The UK

The cast of Big Windup!

What is Big Windup! about?

Follows Ren Mihashi, who had previously excelled as his middle school baseball team's ace pitcher, due to his grandfather's connections as its manager. As he graduates to high school, whose baseball team his grandfather does not manage, he initially does not believe he is good enough to succeed at baseball, however, but assisted by his friends, he grows in stature, confidence and skill, helping his team excel with his own ability.

Where to watch Big Windup!