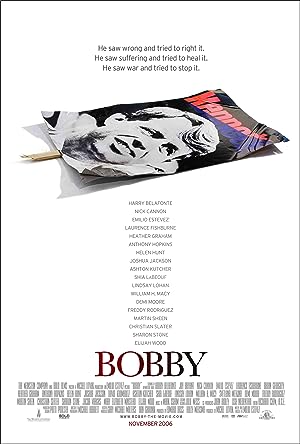 How to Watch Bobby 2006 Online in The UK

The cast of Bobby

What is Bobby about?

Tuesday, June 4, 1968: the California presidential primary. As day breaks Robert F. Kennedy arrives at the Ambassador Hotel; he'll campaign, then speak to supporters at midnight. To capture the texture of the late 1960s, we see vignettes at the hotel: a couple marries so he can avoid Vietnam, kitchen staff discuss race and baseball, a man cheats on his wife, another is fired for racism, a retired hotel doorman plays chess in the lobby with an old friend, a campaign strategist's wife needs a pair of black shoes, two campaign staff trip on LSD, a lounge singer is on the downhill slide. Through it all, we see and hear RFK calling for a better society and a better nation.

Where to watch Bobby