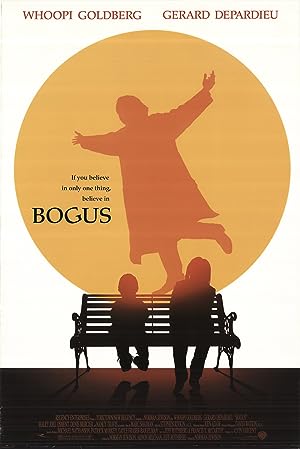 How to Watch Bogus 1996 Online in The UK

The cast of Bogus

What is Bogus about?

Seven year-old Albert is the son of a Las Vegas circus performer. When she is killed in a car wreck, Albert is sent to live with his mother's foster sister, Harriet Franklin, a no-nonsense businesswoman struggling in New Jersey. Albert hates it with the dour Harriet, but takes refuge in the company of Bogus, a flamboyant, gentle, loving, and altogether imaginary Frenchman. With Bogus's help, Albert can perhaps come to terms with his mother's death, and Harriet with her own loss of childhood innocence.

Where to watch Bogus