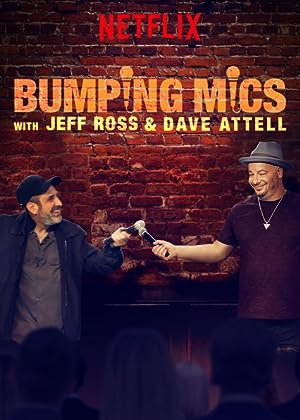 The cast of Bumping Mics with Jeff Ross & Dave Attell

What is Bumping Mics with Jeff Ross & Dave Attell about?

Where to watch Bumping Mics with Jeff Ross & Dave Attell