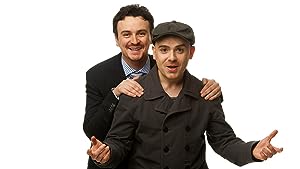 How to Watch Burnistoun Online in The UK

The cast of Burnistoun

What is Burnistoun about?

Comedy sketch show set in the fictional Scottish town of Burnistoun near Glasgow. The show follows the exploits of characters such as an aspiring girl band and a serial killer who is unhappy at his portrayal in the local media.

Where to watch Burnistoun