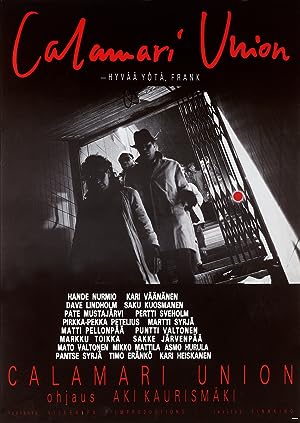 How to Watch Calamari Union 1985 Online in The UK

The cast of Calamari Union

What is Calamari Union about?

Fourteen desperate men named Frank, band together to escape from a repressive section of Helsinki. An English-speaking non-Frank named Pekka joins the barroom conspirators, whose avoidance of last names, and any affect, help them outsmart overwhelming forces as they sneak through dark subway tunnels and alleys, hoping against despair to reach magical seaside Eira. The Calamari Unionists take advantage of unending night to venture their intrepid journey.

Where to watch Calamari Union