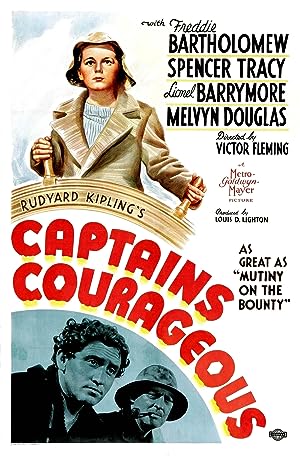 How to Watch Captains Courageous 1937 Online in The UK

The cast of Captains Courageous

What is Captains Courageous about?

Harvey Cheyne is a spoiled brat used to having his own way. When a prank goes wrong onboard an ocean liner Harvey ends up overboard and nearly drowns. Fortunately he's picked up by a fishing boat just heading out for the season. He tries to bribe the crew into returning early to collect a reward but none of them believe him. Stranded on the boat he must adapt to the ways of the fishermen and learn more about the real world.

Where to watch Captains Courageous