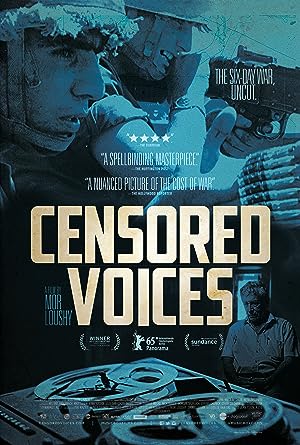 How to Watch Censored Voices 2015 Online in The UK

The cast of Censored Voices

What is Censored Voices about?

The 1967 'Six-Day' war ended with Israel's decisive victory; conquering Jerusalem, Gaza, Sinai and the West Bank. It is a war portrayed, to this day, as a righteous undertaking - a radiant emblem of Jewish pride. One week after the war, a group of young kibbutzniks, led by renowned author Amos Oz, recorded intimate conversations with soldiers returning from the battlefield. The recording revealed an honest look at the moment Israel turned from David to Goliath. The Israeli army censored the recordings, allowing the kibbutzniks to publish only a fragment of the conversations. 'Censored Voices' reveals the original recordings for the first time.

Where to watch Censored Voices