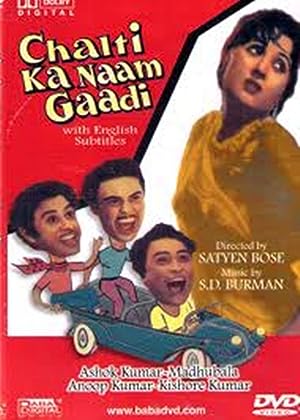 What is Chalti Ka Naam Gaadi about?

The Sharma brothers consist of former boxer, Brijmohan; Jagmohan, an Electrical Engineer; and Manmohan, a Mechanic. The brothers operate a garage under the name of 'Mohan Brothers' in Bombay. Brijmohan hates all women and does not permit even a poster to be hung on the walls of either the garage or their residence as well as instructs his brothers not to get involved with them. While working the late shift, Manmohan assists a customer, Renu, and both rather dramatically fall in love. Subsequently, Jagmohan meets with Renu's friend, Sheila, and both are attracted to each other. Unable to face the wrath of their brother, both conceal this information from him. Then the duo find out that their brother hides a woman's photograph under his pillow, but when confronted, refuses to divulge any information to them. Things will change rapidly when Manmohan finds out Renu's father, Kishinchand, has made arrangements for his daughter's to wed Prakashchand, the son of Raja Hardayal Singh.