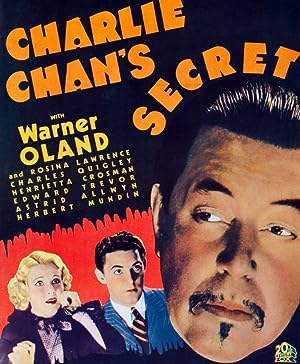 How to Watch Charlie Chan's Secret 1936 Online in The UK

The cast of Charlie Chan's Secret

What is Charlie Chan's Secret about?

An ocean liner sinks off Honolulu and Allen Colby, heir to millions, is presumed dead...but local sleuth Charlie Chan is not so sure, and flies to San Francisco to investigate further. Somehow, the missing Colby is there ahead of him...but is knifed in the back before seeing anyone. Further events revolve around spiritualist Mrs. Lowell, her family of suspicious characters, and the spooky, untenanted Colby mansion, where the body turns up during a seance!

Where to watch Charlie Chan's Secret