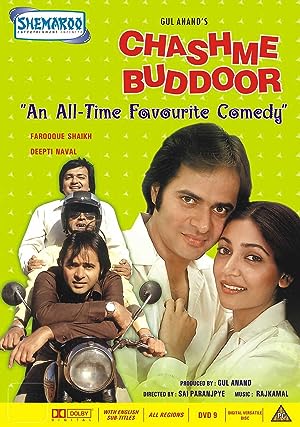 How to Watch Chashme Buddoor 1981 Online in The UK

The cast of Chashme Buddoor

What is Chashme Buddoor about?

Two womanizing slackers, Omi and Jai (Rakesh Bedi and Ravi Baswani respectively) attempt to woo the new girl in the neighbourhood, and fail - miserably. Their third room-mate, shy, and a bookworm - succeeds, much to their chargin. The two scheme up comical ideas to split the two lovebirds, so that their secrets and humiliation are not revealed.

Where to watch Chashme Buddoor