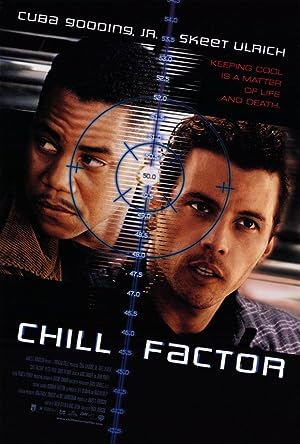 How to Watch Chill Factor 1999 Online in The UK

The cast of Chill Factor

What is Chill Factor about?

A scientist develops a biological lethal weapon and accidentally kills eighteen soldiers in an island during the tests. Colonel Andrew Brynner is the commander and becomes the scapegoat of the incident. He is sentenced to go to the prison for ten years. Along this period, he becomes unbalanced and decides to get the bomb to sell to terrorists. He commands a group of mercenaries to steal the bomb from the base where Dr. Richard Long is researching. He shots the scientist but he flees with the weapon to the convenience store where the clerk Tim Mason and an ice-cream trucker driver Arlo are negotiating ice-creams. Mason receive this weapon from the injured Dr. Richard Long, with an advice to keep it below 50 F. they try to reach a military fort and try to escape from the colonel's team that is hunting them down.

Where to watch Chill Factor