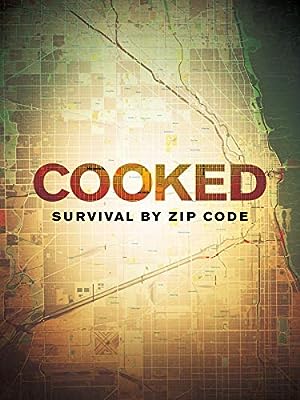 How to Watch Cooked: Survival by Zip Code 2019 Online in The UK

The cast of Cooked: Survival by Zip Code

What is Cooked: Survival by Zip Code about?

In Cooked, filmmaker Judith Helfand takes audiences from one of the most extreme heat waves in US history deep into the politics of disaster. In 1995, 739 Chicago residents - most of them poor, elderly and African American - died over the course of one hot July week. Yet it soon became clear that there was, and continues to be, an underlying disaster. Persistent and pernicious, it started long before the heat and had almost nothing to do with the weather. In the wake of the heat crisis, Dr. Steve Whitman, Chicago's Chief Epidemiologist, correlated heat deaths to zip code. His findings were as stark as they were resonant. Where poverty was greatest, death from heat was greatest. This analysis prompts Helfand to explore our nation's prevailing definition of "disaster." She seeks out crisis experts - at a Disaster Preparedness Conference, in meetings with emergency managers and at a multi-state earthquake drill - all focused on predicted natural disasters. This investigation into the business of disaster politics weaves in and out of a parallel (albeit very different) world of disaster preparedness taking place on Chicago's South and West Sides, the same neighborhoods that saw the most heat deaths in 1995. Helfand starts to follow a new brand of "first responders" - community health activists, grassroots economic development practitioners and urban agriculturalists racing to rescue their neighborhoods from the "unnatural disaster" taking place everyday. Cooked juxtaposes and interweaves these stories, with Helfand asking a driving question: Can we redefine "disaster" to include extreme poverty?

Where to watch Cooked: Survival by Zip Code