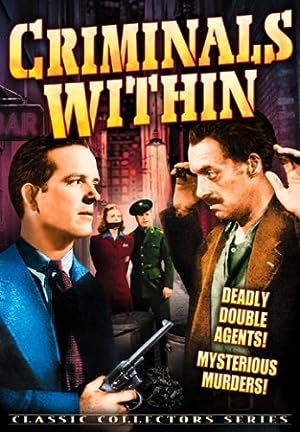 How to Watch Criminals Within 1941 Online in The UK

The cast of Criminals Within

What is Criminals Within about?

A scientist is murdered by foreign agents after having developed a powerful new explosive. The scientist's brother, an army corporal, goes AWOL to discover the identities of the killers. Army intelligence officers are looking for him, as they believe he has a list of scientists who helped his brother develop the new weapon, putting them in danger. The spy ring is also after him, but they want the list for a different reason.

Where to watch Criminals Within