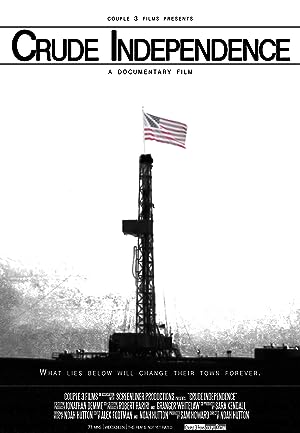 How to Watch Crude Independence 2009 Online in The UK

The cast of Crude Independence

What is Crude Independence about?

Crude Independence is a documentary film about the heartland in the process of transplanting itself, and the new heart is pumping oil. In 2006, the United States Geological Survey estimated there to be more than 200 billion barrels of crude oil resting in a previously unreachable formation beneath western North Dakota. With the advent of new drilling technologies, oil companies from far and wide are descending on small rural towns across America with men and machinery in tow. Director Noah Hutton takes us to the town of Stanley (population 1300), sitting atop the largest oil discovery in the history of the North American continent, and captures the change wrought by the unprecedented boom. Through revealing interviews and breathtaking imagery of the northern plains, Crude Independence is a rumination on the future of small town America-a tale of change at the hands of the global energy market and America's unyielding thirst for oil.

Where to watch Crude Independence