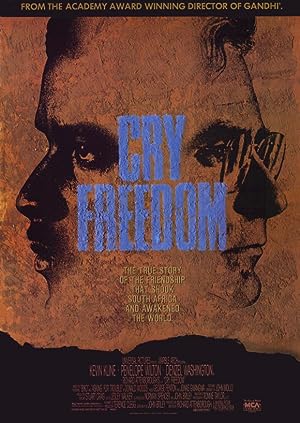 How to Watch Cry Freedom 1987 Online in The UK

The cast of Cry Freedom

What is Cry Freedom about?

Donald Woods is chief editor of the liberal newspaper Daily Dispatch in South Africa. He has written several editorials critical of the views of Steve Biko. But after having met him for the first time, he changes his opinion. They meet several times, and this means that Woods and his family get attention from the security police. When Steve Biko dies in police custody, he writes a book about Biko. The only way to get it published is for Woods himself to illegally escape the country.

Where to watch Cry Freedom