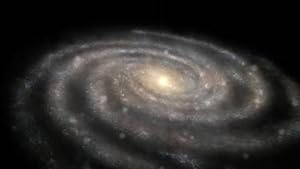 How to Watch Curiosity Online in The UK

The cast of Curiosity

What is Curiosity about?

This program is made by the Discovery Network, and the show's 'full-name' has the suffix phrase of "The Questions of Our Life", after curiosity. The show tries to answer mysteries and certain queries within diverse fields like the human mind, history, archaeology, medicine, anthropology, nature, biology, space and history. While the show was being planned, Discovery's game-plan was to air twelve one-hour episodes each season for five years. However, when "Curiosity..." did premiere in August of 2011, it began a weekly broadcast schedule that ran the full first season, which ended with the 13th episode on November, 20, 2011. Similarly, the second season also followed the weekly format, between October 7, 2012 and January 27, 2013. Since then, there has only been one episode broadcast under the umbrella title of "Curiosity: The Questions of Our Life". This was the episode named "Stonehenge", which was shown on July 20, 2014. Two websites have emerged since the series debut, both of which deal with analogous subject matter, which achieve their individual goals strategically.

Where to watch Curiosity